Diary of A Mad, Interesting Woman

Welcome to the random (and sometimes ratchet) ramblings in my head about life, love and pop culture.

The Warning Shot Heard ‘Round the World & Other Insecure Ish 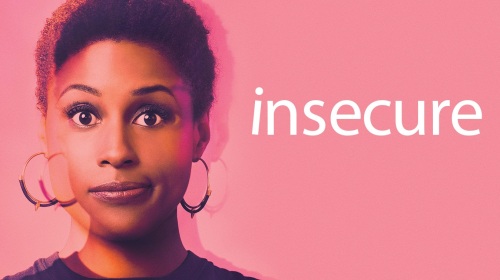 I’m not a traditional recapper of episodes giving a play-by-play of what happened so if that’s what you’re looking for, I’d check for another blog. I DO appreciate a good post episode query to ensure I’m not in these skreets thinking these thoughts by myself. Mmmkay?  So umm … er … let’s dive on into my top five gut check moments in episode 14 of HBO series #Insecure: Hella Blows:

So basically, everybody is a mess and resisting any and all common sense. Right?? Mmmkay.

Well, next week looks to be a doozie with everyone meeting up and having their mess on Front Street. Jesus be a ram in the bush. These people got my pressure up in ALL the right ways and for all the wrong reasons. #issamess

Love you. Mean it.

*All gifs courtesy of Giphy.com and HBO

No Cape for Lawrence and Other Unsolicited Thoughts

Who isn’t a fan of HBO’s HIT series Insecure created by the uber funny, hella magical black girl Issa Rae?? If you haven’t watched it or know not of what I speak, a couple things:

For the rest of us who have been biting our nails in anticipation of Season Two after Issa cheated, Lawrence left (and bagged the bank teller), and Molly exemplified the REALEST actualization in girlfriendship drama (i.e. I’m not happy with myself, but I’m gone project my bullsh*t onto you so that you get mad at me, thus giving license for me to get mad at you so that I get the balls to tell you how I REALLY been feeling about you and/or your life choices and I don’t care if you mad but … wait … something happened?! Girl, I’ll be right there!), last night was a welcomed family reunion to see what we’ll learn next about our fave people.

While watching the episode, my Hubby Honey made it VERY clear that he is #TeamLawrence out in these skreets and has decided to join the brotherhood of support around this sad, sad character. And while I understand and appreciate how men are rallying to ideally support “caping” for Lawrence, there a few simple insights into why it doesn’t make sense to women (namely me and my girls) AND how it makes you look slick undesirable. But before I start, let me say:

*picks up megaphone* Issa was wrong to cheat on Lawrence! I REPEAT FOR THE CHEAP SEATS – ISSA. WAS. WRONG. When they discussed their relationship and agreed to be “all in”, it was her responsibility to honor that mutual, consensual decision and be honest about how she was feeling about the relationship. I’m saying that now before I end up having to respond to a whole bunch of foolishness. Please understand that my subsequent opinions are rooted in the fact that I believe her to be wrong. Okay??

SO … for all of you out there SO ready to toss a cape on Lawrence and parade his ass through the city streets on your shoulders like the second coming of male pride, please take a look at the level of mediocrity you’re championing and how doing so says a LOT about the fragility of manhood.

Lawrence gets no cape. I REPEAT – Lawrence gets NO CAPE. If anything, take his ass out for a drink and talk some sense into him. Let him know that he woke up to a relationship already on life support and the demise was by his own hand. #issatruth

Love you, mean it.

*all photos/gif from HBO and Giphy